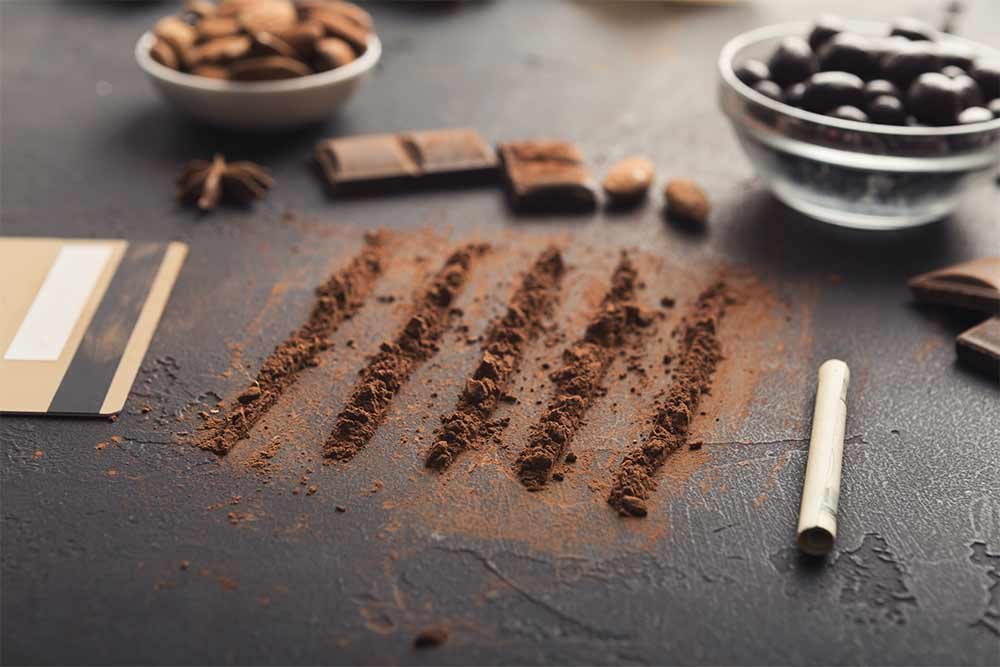 The Seven Signs of Addiction

Do you have an addiction to food?

For many of us, life is consumed by a desire to alter our body shape, be that to reduce weight, increase weight or to enhance definition. This desire has a close relationship to food and the following article is written to identify whether you display traits of addiction with particular reference to over eating certain foods. The content has been taken from the excellent book ‘Fat Chance’ by Dr. Robert Lustig which explains the hidden truth about sugar, obesity and disease.

Let’s face it, we all like fast food, and why wouldn’t we? It is designed to contain the greatest concentration of fat, sugar, salt and caffeine and is placed into as small a package as possible. It provides food cheaply, quickly and without table service. Liking fast food though, isn’t the same as wanting it and wanting it isn’t the same as needing it!

Liking is an aesthetic state. You can turn it on and off. As dopamine is released into the brain our consumption of a Big Mac heightens our sense of reward. Then comes the insulin rush and that should be the end of it. But, when you are insulin resistant, wanting is a psychological state and needing becomes a physiologic state. You can’t turn it on and off anymore. This is the nature of addiction to any substance of abuse. It’s what happens with sugar, wheat, nicotine, alcohol, cocaine and heroin and it can happen to anyone.

It can happen to you:

There are seven criteria for substance dependence according to the American Psychiatric Association’s Diagnostic and Statistical Manual. The first two are considered physiologic, whereas 3-7 are considered psychological dependence. ALL these are seen in the obese, especially those who frequent fast food restaurants.

To be considered addicted to any substance of abuse one must meet at least three of the seven:

1. TOLERANCE. This is defined as the need for more substance to get the same effect, or when the same amount of substance produces less effect with continued use. That Big Mac still generates the same dopamine rush but the rush isn’t maintained as your insulin won’t clear the dopamine from the brain. You need to eat more Big Macs, smoke more cigarettes, drink more booze, snort more coke to get the same effect.

2. WITHDRAWAL. This is characterised by physical signs such as tremors and psychological ones like anxiety and depression. This occurs due to lack of dopamine receptor occupancy. In animals, anxiety and depression are indicated by unwillingness to spend time in a risky environment. In humans withdrawal is expressed as symptoms of depression and anxiety. If you try to stop eating those Big Macs, your dopamine drops and you are consumed by feelings of anxiety and depression. The only choice is to increase the dopamine, reoccupy those diminished receptors and maintain the vicious cycle of Big Mac consumption.

3. BINGEING. This is defined as an escalation of intake, using a greater amount of substance or using for a longer duration than needed. In humans this could be shown as continuing to eat after satiety has been achieved. We can easily conceptualise binge drinking but binge eating is harder to define as what may appear a lot to one person is not to someone else. Binge eating disorder includes eating until uncomfortable; eating when not hungry; eating alone due to shame; feeling guilty, disgusted or depressed after over eating; and marked distress over the bingeing. Many afflicted people will consume massive amounts of food alone in the dark with huge shame.

4. DESIRE OR ATTEMPTS TO CUT DOWN OR QUIT. This is almost never sustainable and is extremely difficult to achieve. After a period of days, weeks or months, those who attempt to go cold turkey frequently binge on the substance from which they were abstaining (e.g. sugar) and the weight is regained. The sense of failure and ensuing depression can be overwhelming. The obese then hear of a new diet or the latest weight loss craze and the cycle begins again. Their entire lives are often consumed by these attempts.

5. CRAVING OR SEEKING. This is described as an intense drive to administer drugs. In food addiction research, craving is illustrated by the motivation to seek food. Drug craving and seeking have been experimentally described as a form of learning, where dopamine signalling facilitates consolidation of memory; past experiences are used to inform future decisions. Rats ‘press the lever’ for drugs because they have learnt that it is rewarding. We press the credit card button Frappucinos.

6. INTERFERENCE WITH LIFE. This is defined by important work, social or other life activities being compromised. Obesity can significantly hamper an individual’s quality of life. Mobility is markedly more difficult. Airlines may refuse you passage if you cannot fit into a seat, employers may refuse to hire you based on your weight, diabetes can lead to limb amputation requiring the use of a wheelchair.

7. USE DESPITE NEGATIVE CONSEQUENCES. This is defined as continued use despite knowledge that continued use will make the problems worse. The health consequences associated with obesity are numerous. Despite knowing and experiencing these health problems, the eating pattern continues unabated.