Men, Viagra and how winning a ‘Six Pointer’ can make you a hit with the chicks!

Before we get going on Viagra, let’s explain (if you don’t know already) what a ‘six pointer’ is and also what ‘chicks’ are for that matter…..

‘Chicks’ is an affectionate name given to women by men when referred to. I’m not certain but I think it was born in 1950’s USA. If you are a lady and offended by the word ‘chicks’ I apologise but this is an article on the whole directed towards men: and if you are a man and offended by the word ‘chicks’ then you especially should carry on reading “Peggy Sue” because you’re gonna learn something real neat! 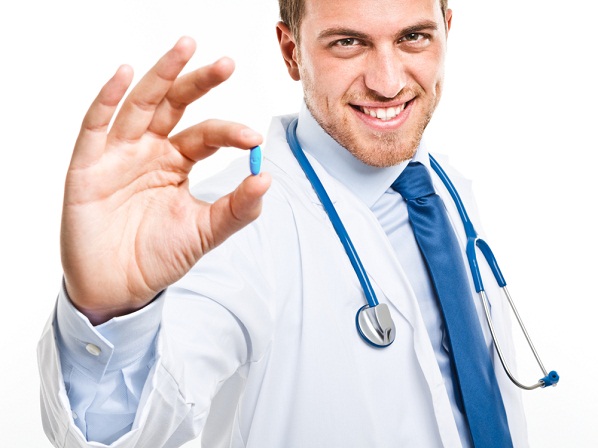 Viagra over the counter…

Now why do you think firstly that story made the news, and even more important, why do you think they are advertising Viagra as available at Lloyd’s on national radio? Because it’s mainstream that’s why! Because it’s normal to want to purchase it! Because spending extortionate amounts of money on radio advertising is going to make a sound return on investment because Lloyd’s are going to make an awful lot of cash in Viagra sales that’s why!

We all want to have sex, and for millions of years we’ve been having sex.

We wouldn’t be here if we didn’t. All of your fathers, and fathers before them, wanted. and had sex, and you are the latest in that line to also want to have sex. We have sex and we reproduce, and that system continues quite nicely to make the world go round, and it will hopefully continue to do so: except now we have a problem.

So the question is why?

Now I’m not here to tell you of the exact goings on within the human body as to why ED occurs. I don’t know the physiological and biological reactions that are happening that cause you to need viagra but what I do know and will tell you about is the general reasoning as to why ED is on the increase and why it is very, very big business.

Let’s cut to the chase. The reason you need that little blue pill is because nature is telling you that you aren’t welcome to play for Reproduction FC. Nature doesn’t want your cabbage water impregnating the fairer sex and putting your offspring into this world ready to continue the human race.

Nature doesn’t want you doing that so it’s not selecting you to play for the team. You’re not even on the subs bench. Go sit down at home and watch the game on tv because your sporting heroes are the ones on Live Super Sunday this week and they’re playing “The Chicks” in a top of the table clash where there’ll be hot steamy sex for the full 90 minutes resulting (sometimes) in pregnancies.

As is usually the case I’ve probably upset a few people. “How dare you say nature doesn’t want my sperm? Yada, yada, yada….”….“It’s not my fault..blah, blah, blah.”

There may be some real cases of impotence that have been brought about unfortunately, through some tragic or medical reasons but I’m saying “in general.”  In general, nature has kicked you out of the game because you’re not fit to reproduce and that is the top and bottom of it.

So what are you going to do? Take the blue pill and get back in the team. Knock out some kids and water down the human race with that semi-skimmed garbage you’re shooting and contribute to the decline of mankind by making us weaker and more pathetic with each successive generation that follows thereafter.

Yep, that’s what you’re going to do because that’s the easy way out and when something else goes wrong with you then you’re going to take a pill for that too. It’s all too easy.

There’s the reality, there’s the hurtful part and there’s you either disliking me or feeling uncomfortable at the least. If you know me though then what you will know is I genuinely care and I want to help you do something about it so let’s investigate what we can do and let’s get positive.

“The further away from nature we get, the fatter and sicker we become.”

Many great health experts have said this and it is very true. You have to understand that we have evolved for millions of years beyond your understanding. It’s very important you acknowledge that. For millions of years we have adapted to changes in the environment that have happened gradually over time.

We, however, are unfortunate enough to be existing in a time where we cannot keep up with those changes. It takes a species a ‘very long time’ to change its make up and appearance but in even the last two hundred years our world has changed beyond comprehension.

My opinion is that since the advent of agriculture around 10-15,000 years ago it’s all gone downhill but even if we decide modern changes happened at the start of the industrial revolution in 1760.  I’m sure you’ll agree that since that year our world has changed dramatically. We breathe different air, travel differently, have different forms of entertainment, different jobs, different sleep patterns, different work shifts and above all we eat and drink very different foods and beverages.

Even when we are eating as clean as we can our foods are not as nutritious as they were 15,000 years ago which is the time that many experts believe our current version of the human being reached its peak of development.

Our bodies cannot evolve as fast as technology and all this means we are suffering as a result and the way the system works is that big pharmaceutical companies tell you they can fix it all if you take their drugs. They can’t. If you don’t believe me then look at anyone who takes medication – they aren’t fit and healthy but they are sick.

Those who don’t take medication are not sick. They don’t have to take medication to prevent them from being sick – they are simply well and healthy. And what do you think would happen if a fit and healthy person started taking medications for an illness they didn’t have? Yes they would get sick.

Drugs and medication, including Viagra, are not what we are supposed to ingest and they aren’t good for us, the same way chips, beer, fags, crisps, vodka, Red Bull, whisky, cake, pies and whatever else isn’t good for us so if you keep consuming them then what do you expect is going to happen? Yes! You’re going to get fat, sick and have the reproductive sperm (if you can even get a hard on and produce any) the equivalent to something any decent race horse trainer would throw in the bin if you tried to retire to stud!

So what’s the solution and where is this Six Pointer you’re going on about?

The solution is the same as it always bloody is whenever I write any article! Stop consuming this crap and spending your weekends in the boozer and the six pointer is won every time you do something positive. I’ll give an example, I ride my bike a lot and on my computer I have a calorie counter. If I’m putting in a bit of a shift then every 20 minutes or so I will burn 250 calories. If I go out for 4 hours at the weekend while you are sat in the boozer drinking Stella then can you see what will happen? For every 250 calories I burn, you consume and the six pointer is won by me.

Over 4 hours I will burn 3,000 calories while you consume them and the result is you get an increasing waistline making you less appealing to the chicks while I remain as handsome as ever! In fact I even get better looking while you get worse.

Time to take responsibility, not Viagra.

Even though life and this world we live in appears magnificent, it really is a bad time when it comes to health and it is getting worse and until laws, policies and systems change, which they will because they have to or we will become extinct, we have to wake up and take responsibility for this ourselves.

So come on guys let’s work as a team yeah?

If we’re going to continue winning as a strong human race and pass good quality genes onto our sons and daughters then let’s set them up by delivering a decent pass making it easy for them to score.

Life’s hard enough as it is, let’s not fight a relegation battle our entire existence.

In all seriousness though….if you really need help, and have struggled to take charge and get the results that you need previously….and if you are now ready to make the changes, I will commit to help you change your health for the longterm.